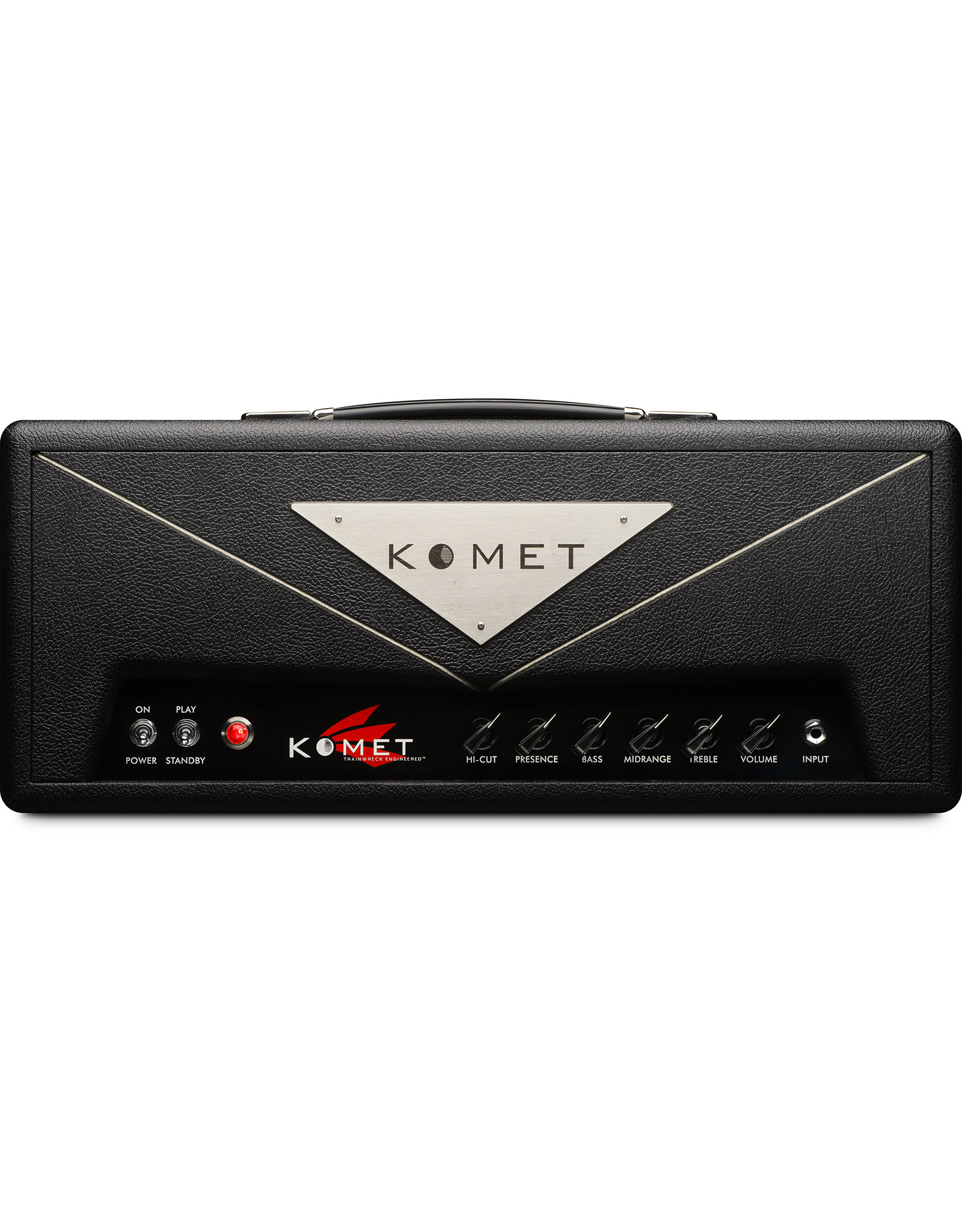 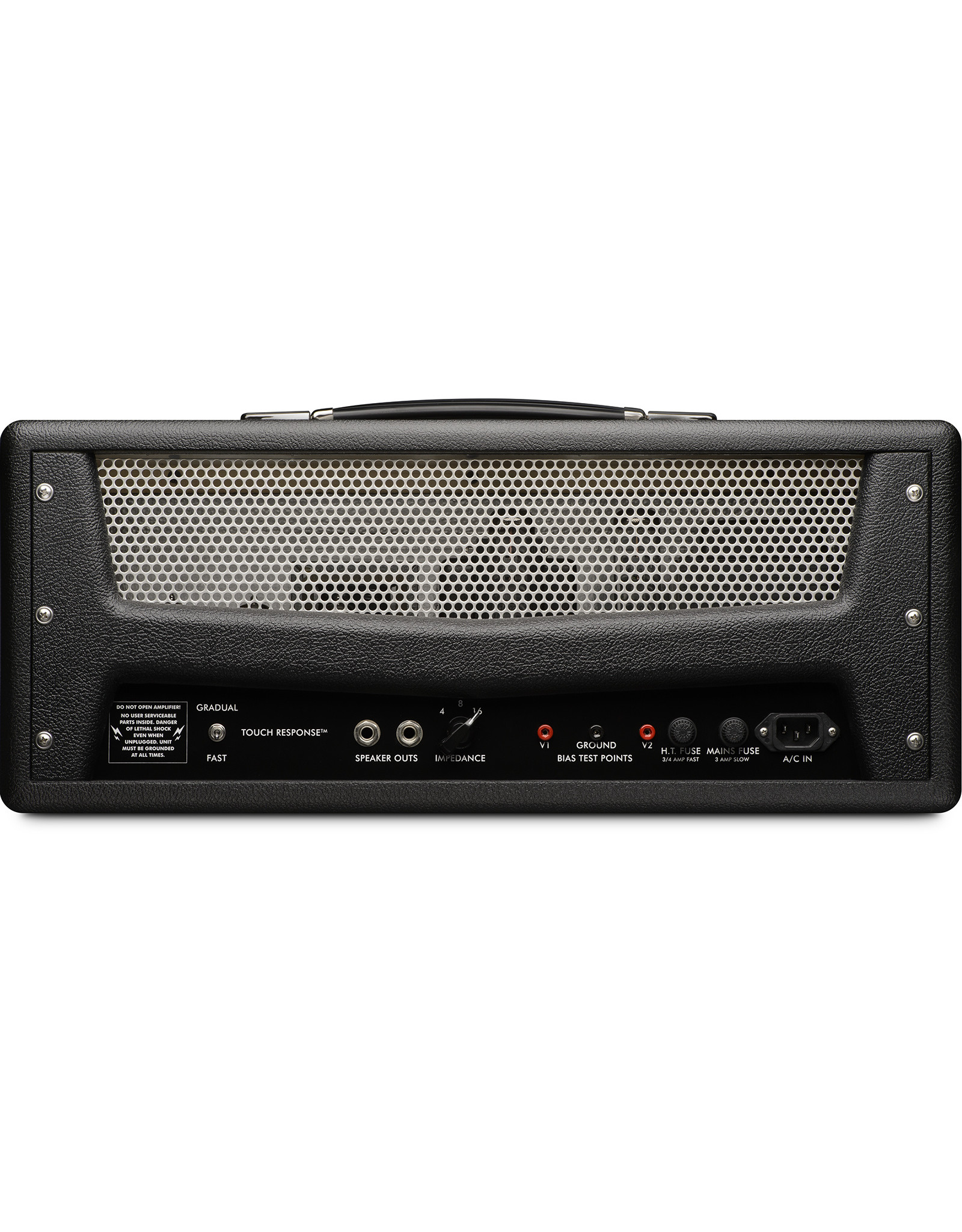 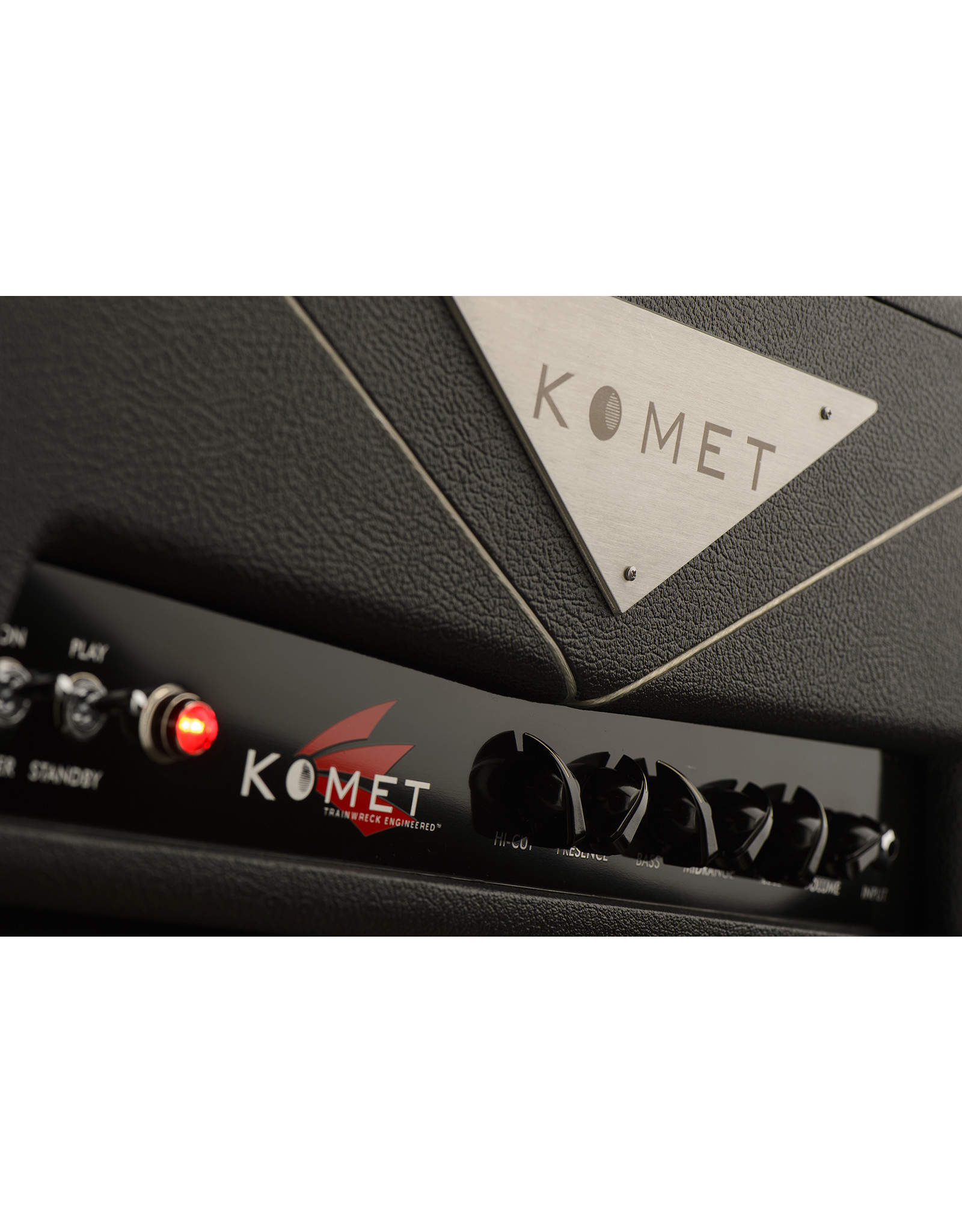 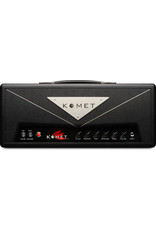 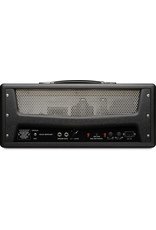 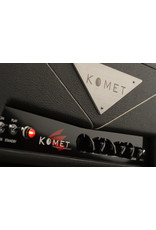 The highly anticipated post production version of the coveted Limited Edition 50 Watt amplifier. In 2005, Ken Fischer re-designed the Komet™ 60 circuit for a more aggressive and modern, higher gain rock sound. This was a limited run of 30, custom hardwood enclosures constructed of African Bubinga and flamed maple panels. This limited edition run sold out immediately, but a demand for the its intoxicating sound continued — and can now be heard in the Komet Concorde. It shares the exact circuit of the Limited Edition, along with Ken Fischer’s specially designed power and output transformers.

Besides its higher gain, other distinguishing features compared to the Komet 60 are: a circuit which is designed to exclusively operate with EL34 power tubes, solid state rectification for a quicker and punchier response and a tighter and more modern sounding bottom end. Expect rich, complex harmonics, creamy rhythms and singing leads — all reinforced with a well focused EQ. The Concorde follows the Komet tradition of creating an amplifier with rich, balanced sound and unmatched musicality - including superb touch sensitivity, note articulation, string to string separation and dynamic response.

Bias your amplifier's power tubes in a snap. All you will need is a digitable volt meter with a mV (milli volt) setting. The Komet 60, HD and Concorde all have convenient bias ports on the back panel, designed for swift bias settings. These bias ports are operated in conjunction with the bias control dial located just above on the chassis.

The bias control dial is a precision, 10-turn dial with a scale from 1 to 10. A brake lever locks your setting in place. The bias control system allows the user to easily set the amplifier's bias between different sets of power tubes, and precisely dial in the power tube's bias with a digital volt meter.

Also on the back control panel you will find The Touch Response switch. This Trainwreck Engineered™ circuit enables the musician to alter the amplifier's touch response characteristics to suit their playing style. A simple flip of the switch allows the player to choose between a fast, or a gradual response to one's picking dynamics and guitar's volume control settings. The Touch Response circuit is not an extra gain stage or gain boost circuit. Instead it works by magnifying subtle changes in pick or finger attack along with subtle changes in guitar volume. This circuit allows those players who prefer clean tones to run the full range of dynamics without breaking into unwanted distortion. A blues player can play on the edge of distortion easily going from clean to blues overdrive using pick attack as the controlling factor. An over the top player can go from clean to scorch using the fast setting. The slightest change in pick attack or guitar volume setting will translate into huge changes in dynamics and power. To sum up, the Touch Response circuit lets you choose the response and feel you want and makes your amplifier capable of playing every style of music.